At the Company, we believe that sound corporate activities based upon high ethical standards and fairness make a crucial part of our business philosophy, and thus we shall endeavor to strengthen corporate governance according to the principles stated below, ensuring the transparency and compliance across our management and operations as our fundamental objective:

The board of directors shall make decisions on statutory matters and other significant items concerning the overall management, at the same time as being a body that supervises business execution undertaken by directors. The board of directors, consisting of eight directors including three outside directors, holds a meeting as required and has a system that enables swift and flexible management decision-making.

The Company also has an audit and supervisory board, appointing four members, of which two are outside members. The audit and supervisory board members attend a board of directors meeting and other important meetings, entrusted with the mission of ensuring the sound management of the Company and an increase in social trust. They also oversee corporate governance by reviewing business conditions, and going through sales reports from the directors and inspections on the operational and financial situation, as well as by examining important documents.

The Company will continue to further enhance its organizational system and mechanism primarily with its legal functions such as a general shareholders’ meeting, the board of directors, audit and supervisory board and accounting auditors. At the same time, it will work to ensure accountability by having swift disclosure of management and financial information and being actively involved in IR activities. 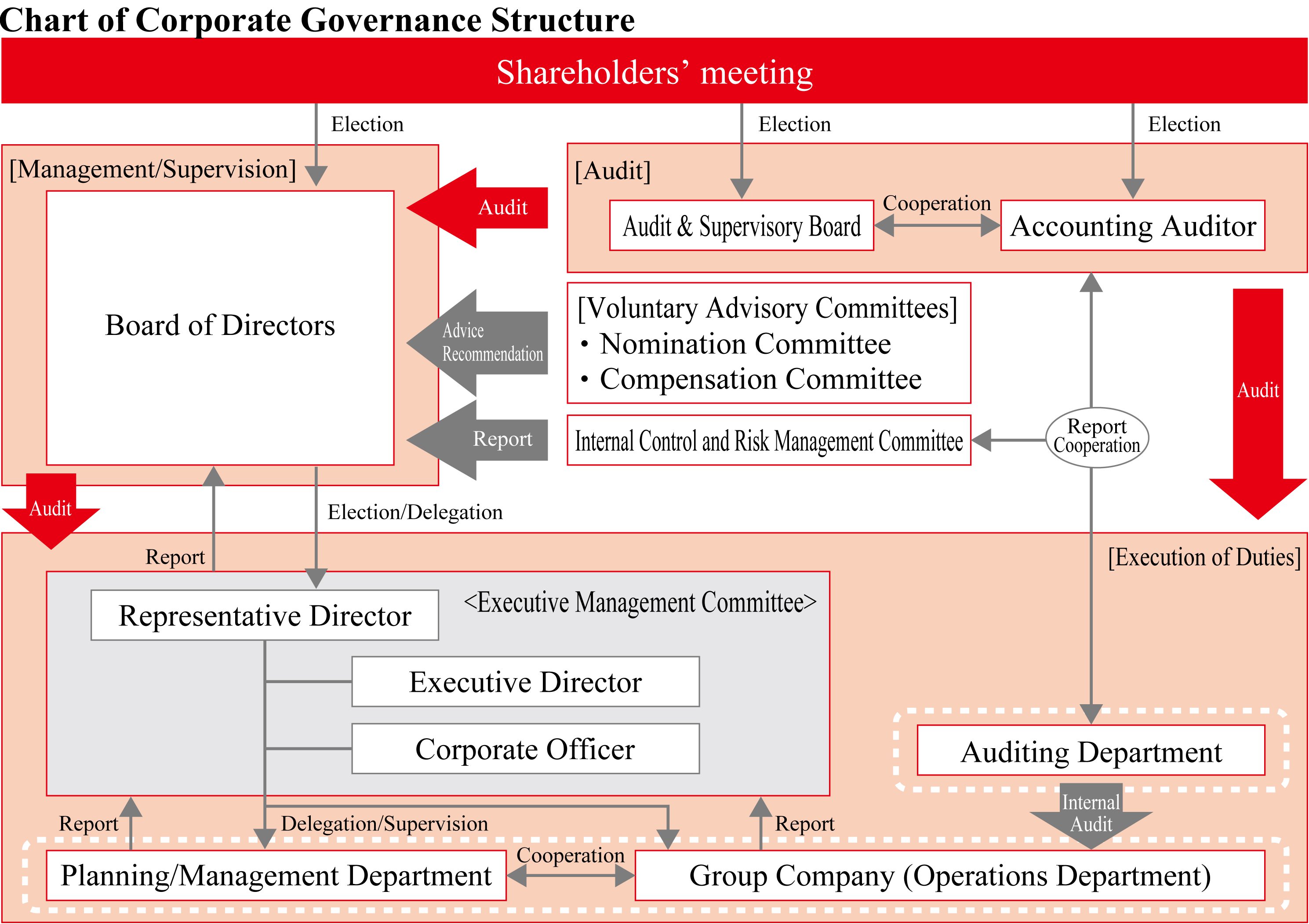 The Company shall set forth the Corporate Governance Guidelines for the purpose of clarifying the basic views and the initiatives to be taken by it concerning corporate governance.

For details of the Company’s corporate governance, please refer to the “Corporate Governance Report” that we have submitted to the Tokyo Stock Exchange.

Independence Standards for Outside Officers

The Company has established “Independence Standards for Outside Officers” with the aim of clarifying standards for the independence of outside directors and outside audit and supervisory board members.

Status of outside directors and outside audit and supervisory board members

The Company appointed one outside director at the ordinary general meeting of shareholders held for the period ended in March 2014 in order to further enhance and strengthen its corporate governance. It subsequently added one director in April 2015 and another in June 2016, making the present total of three outside directors. The outside directors and outside audit and supervisory board members are elected according to the Independence Standards for Outside Officers set by the Company, ensuring the selection of those who do not pose any risk of a conflict of interests with the general shareholders, and who are unable to be significantly influenced by the management and are unable to significantly influence the management.

Reasons for appointment of outside directors

Reasons for appointment of outside audit and supervisory board members

Stock acquisition rights are not be issued.